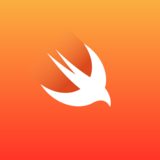 Update: Unfortunately, this solution will prevent you from adding the Package as a dependency to an Xcode project, as it will bitch about “The package product 'GDAL' cannot be used as a dependency of this target because it uses unsafe build flags.”

For the last couple days I’ve been bashing my head up against macOS, Xcode, and the Swift Package Manager. I was trying to wrap the open-source C library GDAL, typically installed via something like brew install gdal, and running into this when I'd try to run the litte test program:

After some discussion on the Swift Forums, I learned a couple things. One, this is evidently a bug in Xcode on macOS, possibly security related. Two, it can be worked around by explicitly telling SwiftPM where to find dependencies with linkerSettings: [.unsafeFlags(["-L/usr/local/lib"])]):

Unfortunately, it’s the client that must specify this dependency, not the library. It’s also fragile as it must be updated for each build environment.

Now, if I could just get Xcode to recognize that a Package dependency is available. It shows it as configured, but import GDAL fails to compile. Grr.